I recently got a phone call from my good friend Mandy Dawson that caused me to burst into uncontrollable laughter! The topic of discussion was somewhat serious but I couldn’t stop giggling about the way she stated her point.

According to Mandy, every time something inappropriate happens to a Black person or in a Black community, African Americans want to talk about dreams and dreamers!

“When will we wake up”, Mandy asked. “There are people in our communities that don’t want us to do anything but dream!”

We all know that Dr. Martin Luther King, Junior had a dream but Doctor King also had a life! Dr. King stood up, spoke out and oftentimes went to jail for what he believed in and what he thought was just or unjust.

And, it is extremely hard to sacrifice yourself, your family, your job, your reputation and your time in a continuing and ongoing struggle for equal rights and justice!

So-called Black community leaders, designated, chosen and controlled by our enemies, are more than happy to go on TV, go on the radio or make newspaper comments about how we should use 1950 strategies to deal with 2012 problems. 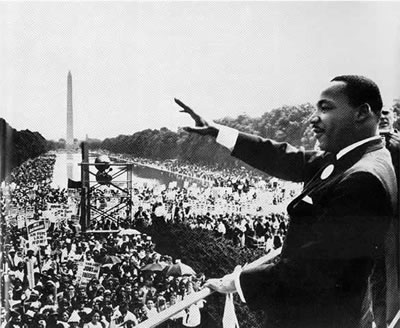 They love to travel from city to city and from rally to rally collecting money and urging Black people to bow down and pray rather than stand up and fight for what is right.

And Black people, like Minister Louis Farrakhan, that refuse to be a puppet controlled by the government and the nation’s beast bank industrial complex will never get sanction and approval from the powers that be.

Dreaming may be good for you but when I dream about the way that people of color in America and around the world are oppressed, mistreated, used and abused, the dream is a nightmare, an impossible dream!

Yes Mandy and I had a laugh but our so-called leaders that refuse to consider other strategies, refuse to open lines of communications with other community activists and constantly tell us to protest only in the ways that devils want us to protest. They are not funny.

If you didn’t know, Mandy Dawson needs the support of Gantt Report readers. She has been falsely accused of being a sort of legislative powerhouse and kingpin that was paid huge sums of money by corrupt Florida governmental lobbyists.

If someone tells you that any Black elected official in Tallahassee controls anything or any lobbyist in the Florida Legislature, that really would be a good joke! (“Like” The Gantt Report page on Facebook and contact Lucius at www.allworldconsultants.net)