After hearing what TMZ and many say are the false reports of Rapper Lil’ Wayne’s hanging on to life after his tragic bouts with seizures this past week, I braced myself for some bad news even though I really wasn’t sure who to believe.

So I took to the internet not as someone who is being nosy and into someone elses business but as a blogger who wanted to give my spin on a serious situation and mindset that is sweeping our society like a massive tornado gone wild.

Hearing this news was so surreal to me because down through the years I’ve seen so many celebrities go through really bad situations in a circus like atmosphere that’s amplified by the paparazzi and now in the present star struck fans who are so eager to tell the social media world their twisted side of a story based on a partial truth.

We have to understand that these people to whom we call celebrities are people too. They have feelings and insecurities just like anyone else and we as normal people seem to think that they are on some different plane of living aside from the amount of fame and money that they currently have.

Everyone jumps on the bandwagon when something happens, and I am actually referring to the Hollywood gossip site “TMZ” in this case because from all responses from Lil’ Wayne’s inner circle, TMZ overreacted in saying that the Hip Hop superstar was on the brink of death and barely clutching onto life!

Now I am going to admit, whenever hearing such news of a celebrity who has been known to indulge in such destructive substances that you know are no good for ones body, I tend to believe and think the worst because I know how deadly these poison can be from witnessing the demise of others who I’ve known.

But while I never ever wish that anyone receive any harm, what really do you expect when you freely flaunt such a dangerous lifestyle where the body is so blatantly disrespected as though their celebrity status and financial success will somehow shield them from the doom that those who’ve followed them as fans have fallen to in their drive to imitate a lifestyle that they feel their idol is living.

It’s a shame and I feel that our youngsters need to learn that no matter how famous or rich you are that you can leave this earth at a moments notice and none of your riches can save you.

But thank God that he is alive and I hope that he will turn away from the substances that I feel – And do know that I am NOT a doctor, this is merely my personal opinion – has been instrumental in this unfortunate event.

There have been too many superstars in the world of entertainment whose lives were tragically cut short prematurely because of their deadly addictions and somehow were exalted by the masses to an untouchable status to some imagined pantheon of the greats.

The tragic thing is that most of those same masses try so hard to emulate their worshiped idol and are lead to a sure slaughter. But the sad thing is that when THEY die too young there is no adoring fans to mourn the loss except for the family and close friends whose numbers couldn’t come close to that of the adored star.

So we as the fans and delusional followers of these out of touch spiritually bankrupt “here today gone tomorrow” assembly line haphazardly manufactured so called stars must take the time to really understand that where they stand is not somewhere that we should desire to venture.

Their images are built up by an industry that only allows most a short shelf life as there are literally thousands to whom are just as talented if not even more so but most likely didn’t want to do the things that it took to move to the front of the line. I mean, did you REALLY think that they got there by talent alone?

There is so much more that goes on in that world than meets the eye!

But before that stars “shine” fades out then the decision will be made to cash in on all that has been built up and only then the inevitable downward spiral will commence. It’s the way the script always goes in the world of entertainment with only just a few escaping the wrath of the majority.

So once we all realize this we can stop aspiring to fit in to a world that really doesn’t exist.

But most who read my words will write me off as an old fool who doesn’t know any better and proceed to embark on a career that will end up as another tragic episode of “E! True Hollywood Story!” hopefully with the subject still being alive. You see, you have to be really leery when your likeness is allowed to grow larger than all life and broadcast worldwide because quite possibly it is a process that is comparable to the fattening up of the chicken before the kill.

The bigger you are the more gossip magazines will sell just as much as the gossip websites will get more hits and therefore will be able to charge advertisers even more money for their ad space. You see, EVERYONE EATS real good when a star takes a fall and lick their chops like they never even knew their targeted celebrity carcass……. 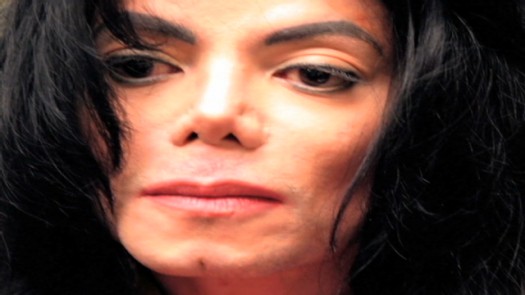 The Hollywood death and drama for profit machine moves forward and they temporarily exposed themselves last week when they came out on mass for the scoop of the century when they thought Lil Wayne was about to kick the can. They will returned quickly to the shadows and denied that THAT was the reason for their miscalculation. But those of us in the know we know better so the lesson here is evident, fame feels good and can be something that is utilized for the good, but when you have these kind of entities creeping around you waiting for you to die then WHAT KIND OF LIFE IS THAT?

To be honest I have to tell you, until the fame, cash or notoriety comes to you that you desire as a  reward for all of your hard work and sacrifice, stick with your true friends and family because by the time those perks come your way you will need to stay grounded and after a time you just might not even want that evil world that you will find around you. So NEVER lose your grounded mentality because everything around you in that new world will work against you to pull you away from yourself and your sanity.

Let’s just hope that Lil’ Wayne will come around and realize that he just might be at a point where he will need to see who is around him and take a page from the book of Dave Chappelle and reject it all! Very few who have forged forward in this demonic industry have made it out not only with the money that they’ve made, but with their sanity and someone who cared for them for who they are as a person.

So let us immerse ourselves in a culture that is not compromised by an industry that has de-culturalized our original state to turn our true talent into mere footnotes in their gossip rags. Let us educate ourselves, question everything around us and rebuild our communities as others do for themselves but fight to keep us from doing so in ours.

It might have been Lil Wayne today, but it could be you tomorrow. And although Lil’ Wayne is not where he should be as a fully conscious human being understand that we ALL are viewed on the same level regardless as to how famous one is or how much money they have.

So reject it all and come back to living on a God-centered existence because in the end that is the ONLY level of being that counts!

Your “Under The Radar” Brother,