While it has to be taken into consideration that everyone and every relationship operates under a slightly different set of rules and expectations, we all have our limits as to what we will tolerate before we feel as though our mate is stringing us along.

When two people are truly in love they just cannot wait to take their passion and sense of oneness to the next level but sometimes those same two people who share that intense passion may just have a different sense of the passage of time.

Unless verbalized and communicated, there may be a rift between what the expectations are when it finally comes to the issue of when to totally commit. Now understand that when I say this I don’t always mean that it has to be where the two parties involved plan a marriage ceremony, because just getting married doesn’t guarantee that both parties are truly committed to each other even though they may have a ring and a piece of paper to show it.

……and while I do feel that getting married is the ultimate display of commitment when all else has been proven as far as ones dedication to one another, there are a vast amount of other ways that two people can show that they both are ready to take things to the next level and show their mate that they are indeed serious about their relationship. 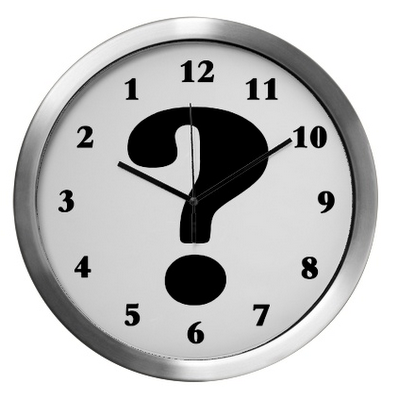 Too many people who are involved with a significant other have the feeling that the relationship is not evolving into the ultimate union fast enough, they are feeling as though they are being “strung along” indefinitely and that they might be wasting their time as their “mate” is getting to enjoy the sweetness without any sacrifice.This is a dilemma that has many people feeling as though they are silently bleeding inside. On one hand, they have a person in their live that they feel is the one that they can settle down with and live happily ever after but on the other hand they are feeling a long slow burn of rejection and an ever growing fear that things may never advance to the pristine level of bliss that they know is there within arms reach.

Is this any way to live?

Life is just too short to waste any time and when you have someone in your life who is taking up space but not looking for anything more than “dating fun” it becomes quite evident that a serious and drastic decision must be made!

But are you strong enough to handle being tough enough to back away if you come to the conclusion that you want a greater commitment than your mate?

Will you back down and think that if you gave them just a “little more time” that they will come around and realize what a great catch that they found in you?

Should you toss them to the curb, count your losses and merely start all over again in the deceptive shark infested waters of the modern day dating scene?

Or do you settle because a bird in the hand is worth two in the bush and the emotional pain of breaking up might be just too much for you?

…….and for those who are living together and not married, how long do you want to live in a state of fornication while at the same time understanding that it is a financial plus to remain together with the price of places to live continually skyrocketing with every passing day?

It is so easy to feel stuck in such a union and there are so many people who are involved with someone where they feel as though they are going absolutely nowhere.

Might that be you? And if it isn’t you have you gone through this type of frustrating scenario in your life and what did you do to rectify it?

Tonight’s show will be one of deep introspective thought and tough brutally honest questions.

Isn’t it time that we brought the truth out in the open in these slowly progressing relationships that just never seem to “get there?”

Previous : The LanceScurv Show – Can One Survive The Unwanted Drama Of Monster-In-Laws?
Next : R.I.P. Michael Clark Duncan – Let Us Raise Awareness On The State Of Our Health!