Don’t act shocked at the title of this show, you know what’s up.

This is more common than you think! Better yet, I’ll go even further than that, I’ll go out on a limb and say not only that it’s more common than you think, I’m going to say that you already heard, know or were even involved with a Pastor who “somehow” found himself between your juicy thighs to get that tasty moist prize that most men feel is the closest thing to Heaven on earth that a guy can experience without dying.

Yes indeed baby! I’m coming out swinging on this one (Don’t I always?) because it is our collective silence that enables these preachers to do what they do because we traditionally turn our heads and refuse to speak on it while whispering the dirty secret’s of the sanctuary on our way to our vehicles in the church parking lot!

So in actuality is it the pastor who is twisted or is it us who are just as sick to know what we know and continue to play pretend in the ritual of denial that never seems to end. But whose fault is it? Let’s be real.Here we have a charismatic Pastor who seems to have the answers to all of life’s woes who is at the peak of his maleness. In the Black community today with absentee fathers as the norm and down low brothers more so as a dangerous dating pothole that must be avoided to not bust up the vehicle that is your heart, the perception is that there may not be as many options for getting a man of their OWN left in the minds of most women in the church who regardless as to their professed committed life to the Lord. 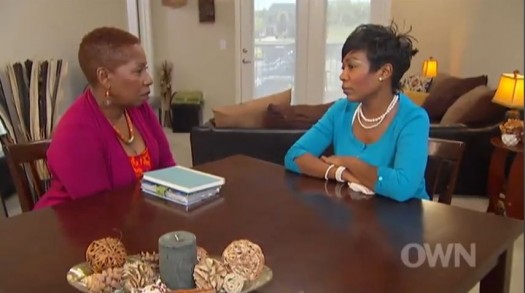 Look, half of the issue that causes us to get in trouble is that we don’t acknowledge that we are sexual beings also, we have needs, urges, desires, thoughts and cravings. Sure, we can control them no doubt, but when they are not dealt with in a swift, effective and realistic manner, they WILL have a way of sneaking up on you at the most inopportune of times. And actually, it has a way of tapping one on the shoulder in a place that is definitely not the appropriate place at all for thoughts of the erotic kind.
But isn’t that the thrill?
The deliciously sweet flavor of the forbidden fruit and indulging in something that we know shouldn’t be “going down” – pun intended – in the first place? Sure it is and this is why we must speak about it because if the truth be told, there is not a church that I’ve attended where there hasn’t been some form of sexual indiscretions transpiring on SOME level!
Yes! I’m going to spill it, and I want us all to spill what we know so that people who lack the control of their lower desires think twice before doing their so called thing!

Why? Is it because I am trying to start trouble? NO! But merely because these Men of God have people’s souls at stakes and if you can’t fly straight while leading the flock then step down and allow a truly sincere servant lead the pack.

Now allow me extend my Predatory Pastor status to Bishops, Deacons, Ushers and whoever ELSE has a trusted position of pristine standing in the House Of God because once a man of God disgraces his reputation there are those who see this as a failure of God Himself and will take the incident to meaning that God is a fraud and something that is not real because of the actions of those who are self anointed to stand as His representative in a very flawed way!

Now throw in the never ending masses of eager to serve women to whom I feel have sincerely made a commitment to serve God over and above their own carnal desires that for the most part have been kept in check even though the membrane of strength that holds their passions at bay are very thin to say the least.

…….and to lead a congregation of people with personal issues that they are working on to break free from in the form of the multitude of various vicious strongholds make for a large juicy menu of situations to choose from especially when the details are dropped right into your lap as Pastor!

Counseling sessions have become more of an audition to jockey for attention for those opportunistic women who are aroused at the thought of being with a man who possesses such an intoxicating volume of power, money and notoriety in his community.

So the attractions go both ways and it must be shared that every situation is NOT the same as the factors and variables that lead up to the sad situation of a man and woman ending up in bed indulging in the mutual release of their sexual tensions who shouldn’t be there behind purposely closed doors in a discreetly executed premeditated rendezvous in the first place!

We are going to speak about these factors and hopefully break them down in a manner where we all can see the danger signs as well as identifying the covert movements of those who are there in the church not merely to maintain their sole being saved but maintain their balls being happily drained at the expense of a always willing recipient of the improper attentions of the so called man of God!

It’s an all too common reality that has become the norm only because our levels of tolerance have grown to unacceptable levels that the Elders who raised us would NEVER accept ANYWHERE in the church or out of it! Being held accountable has now seemed to be a thing of the past in the church but after this show we will all be firebrands for righteous truth to become eagle eyed sentinels that will question anything that isn’t walking right!

When your Pastor lays hands on you the result of his touch should NOT be an orgasm unless you happen to be his wife! Case closed!

Be there for this no holds barred shoot from the hip exchange of experiences, thoughts, solutions and shockers.

Time: Saturday, November 16, 2012 @ 10 p.m.Eastern Standard TimePlace: The LanceScurv Show <—–Click here at showtime to hear the entire program live on your computer or smartphone!Call In Number: 760-259-2310– Call in to listen or join in with your opinions on the discussion. You DO NOT need a computer to participate in the show, all you need is your phone.If you have any issues getting to the show, feel free to call me on my personal cell (407-590-0755) and I will get you squared away with any problems that you might have!