Before I begin, allow me to share two definitions on the term stalking that I feel are very appropriate to get an understanding of what it is in case you didn’t know. These were taken from the website Wikipedia:

Stalking is a term commonly used to refer to unwanted and obsessive attention by an individual or group to another person. Stalking behaviors are related to harassment and intimidation and may include following the victim in person and/or monitoring them. The word stalking is used, with some differing meanings, in psychology and psychiatry and also in some legal jurisdictions as a term for a criminal offense.

Nine times out of ten, we use the word stalker in a lighthearted manner as a joke between friends and literally dilute how serious of a situation that it is when someone has a problem with being pursued excessively against their will.

And because we usually make these jokes about this thing called psychos, we oftentimes forget the terror of realizing that a mentally imbalanced and delusional entity has become an unwanted part of our personal life and may know more than we wanted to share.

It’s of my humble opinion that while this social phenomenon called “stalkers” has always been around since the beginning of time, the advent of the urban landscape and cyber technology has virtually made a breeding ground for us to cross paths with those who are not of the soundest of minds or the purest of hearts.

So many of us claim that we want privacy and anonymity yet put our whole entire lives on display for the world to see! We have literally invited the world into our living rooms, kitchens and bedrooms as though we have found a way to become a reality television show star in our minds but never realizing the consequences most often until its much too late. 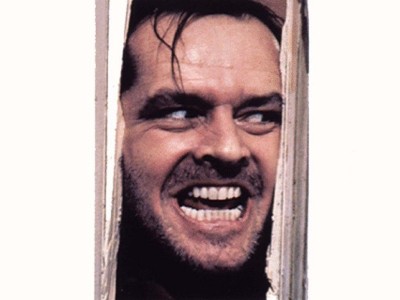 In a perfect world, we wouldn’t have to look over our shoulders to ensure that we are save but in this day and age our computer technology has made it where a stalker can sit at home in the privacy of his or her humble abode and pick and choose at their leisure a list of potential “stalkees” that strikes their fancy long before they even walk out of their front door!

We tell the world where we work! We tell the world when we go shopping! We now have “Facebook Check-ins” to share with the world what exact location and venue that we happen to be present in! We take these sexy photos and allow total strangers to masturbate to them and further become attached in their delusion for us! This is not made up talk, THIS IS REAL! We even take photos INSIDE of our home to further cement the deal of turning some crazy psycho out so would it surprise you when you get that strange phone call of see that suspicious car following behind you late at night while you are on your way home?

Well if the truth be told, many of us have stories to tell on this topic and here will be the forum to do so. Because of my cyber presence and connection to many people through my blog LanceScurv.com, I have been in the position to hear literally thousands of stalker stories down through the years and I tell you that this is more common than one can imagine!

I know that personally, I have a few stories to share of my own because we have just as many psycho stalker delusional women out here just as much as we do the men!

I look forward to seeing you there this Friday night because I know that we are going to let it ALL HANG OUT!

Place: The LanceScurv Show  <—-Click here to attend this program at showtime!

To listen to this compelling program in its entirety, do click the YouTube screen below and enjoy!

Previous : Wake Up Amerikka: The Boogeyman Ain’t Those Who Look Like Trayvon Martin, The Monster That You Fear Is Alive & Well Inside Of YOU!
Next : The LanceScurv Show All Night Off The Chain After Party # 10