I have to admit that on this night I just can’t sleep.

I tried every trick in the book but there is something inside of me that just won’t allow me to escape to the world of slumber.

I don’t know why but I had to get up half asleep to type a few non-directional words into the computer. I don’t know if it will make any sense but I know once I put these abstract truths down that I will be allow to finally get my rest. So here it goes……. 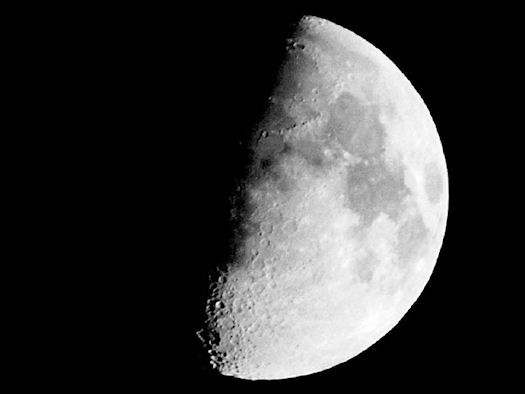 There comes a time in everyone’s life when they must face their fears and their adversaries bare bones face to face. Whatever it is, no matter how immense the situation or travesty, one must conquer that one thing that dwells inside of them that breathes life into the personal mountain that lies before them.

Once you have conquered yourself you can conquer the world and all obstacles that stand in your way. Success is not something that you go out into the world to achieve, it is something that is spawned in solitude long before the bright lights, the spotlight and the adulation that comes from others when one attains a measure of accomplishment according to the fickle standards of this world.

Inspiration is for those who haven’t come to grips with what must be done in a religious fashion to attain the personal growth and discipline that will allow them ascend to places that the masses could only imagine in their wildest dreams.

Inspiration is external. Motivation comes from within. The danger of depending solely on inspiration is that when the external supply ceases to flow then one is in danger of sputtering out and losing steam if they are not motivated from within. Whether there is no inspiration or not in one’s midst the forward movement of progress must transpire with a strong sense of urgency no matter what mood the present climate may dictate.

This is what separates those who may be extremely good at what they do as opposed to the examples of occasional greatness that may bless our presence once or twice in a lifetime. Those who are motivated submit to their inner drive knowing that it will take them to the pinnacle of their craft as long as they stay humble and true to the principles of achievement that all of us have the opportunity to apply ourselves to but always seem to succumb to the egotistical poisons of the heart that tell us that their must be a shortcut to reaching that success.

Oh how shocking a reality it may be when those who are of that particular mindset realize that they have wasted years of their life working so hard to find a shorter route to the top when they could have merely submitted to divine law and gotten there in a fraction of the time.

Therefore they will seek to finds some fleeting example of inspiration that will most often times dissipate like an early fog or vapor just as fast as it appeared.

Depend on nothing outside of yourself to utilize for the fuel to take you higher. For the things of this world more often than not are tainted and not proper for you to absorb as spiritual fuel because it will not agree with the God that resides in you, this is the point that I am trying to make to all who read these words that I am putting down here in the wee hours of the morning.

You must understand that in order to hear that soft but powerful voice from within you must disconnect yourself from the outside world in order to be divinely guided by that voice. A life of confusion and constant drama will never spawn your personal manifestation of greatness through following the divine principles of our Creator because we will never be able to even hear His voice over the unnecessary foolishness that we in our lower mindsets indulge in.

It’s this or that.

There is no middle ground.

Neutrality in anything is no good. Neutrality in your stance on standing up to the trangressions of this world leaves you open to be pull down into the lower levels of existence right along with them. This is what they want.Those who want nothing much out of this life care not to hear God’s voice because to hear and heed His voice means that they will have to refute, refuse and turn away from all that they have become comfortable in as far as their transgressions. Many don’t ever want to finally realize that they were listening to the wrong voice for their entire life.

No one want to be hit with the news that they have been living a lie and have to get back to the end of the line to do things right. No one. This is why we sometimes allow ourselves to hear those other imposter voices that whisper to us to make evil seem fairseeming. This is why the emptiest churches are the one’s who are run by the preachers who are not afraid to call a spade a spade. Who wants to hang around and be chastised when they can leave the service to go over their girlfriend’s house for a quick hot blowjob to drop a steamy murky white load after dropping off the wife while living a lie.

Nobody wants to be reminded that their favorite voices in the pulpit are the same voices that refuse to hold them to the letter of the law of Holy Scripture.

This is why I don’t want any of that churchified inspiration. I only want motivation because it comes from within where my God dwells. Because anything that comes out of the true house of God has to be correct and will always lead you down the right path each and everytime without fail!

Inspiration is good but it has the potential to poison and confuse if placed in the wrong hands that possess a hidden agenda over the gullible people. It can be altered and twisted to have one doing all kinds of things in the name of the Lord.

Ain’t that the truth?

This is why I must get it from within.

The God in me will always keep me from getting hoodwinked. The God in me will always filter out the fraudulent people who come around with a seret motivation in their hearts to drain me of my resources whether it be finacial, physical, mental or spiritual. You must understand that you possess much more in the form of valuable resources over and above what is dropped in the collection plate at the church house. Much of it is intangible and cannot be seen to the naled eye but trust me it is there.

Why do you think it is so tough to battle the unseen forces in your midst in this thing called spiritual warfare? This is why we all must stock up on the Word as if our lives depended on it because it does! Not only that but our eternal lives depend on it more than you could ever know. So take heed to what I tell you when I say that you must not be bedazzled on the flashy fraudulant manifestations of glorious works that will only pull you off the righteous path because you have been duped to go on what you merely see!

Too many of us get caught up in the deceptions of the world because we do not know ourselves and the mission that God has for our lives.

So we move about aimlessly on this beautiful earth like a ship with a broken rudder.

Wherever the tide takes us that is where we will go.

If we get this one or that one pregnant after a night of a carnal lustfilled submission to the fleeting pleasure of the genital friction of our blood engorger loins we will attempt to build our lives around a mistake and justify it as though it was a planned occurence when we know good and darn well that God was the last thing we were thinking of when we arrogantly transgressed against what we know to be right!

If we truly know ourselves and if we truly have submitted to our God than we wouldn’t have the issues that we have in our lives right now! If we could see how the foolishness that we indulge in chokes us off from the wonderful realities that the Creator has for us then we would cease our idiotic lifestyles and stop making poor choices in order to heed that inner voice that we all have!

Again, I don’t need the preacher man’s well concocted inspiration that is designed to keep you coming to the front of the church to drop those hard earned dollars to fuel his flamboyant shopping sprees as opposed to the inner motivation that will always be there bountifully while no price tag has never been put on it in the form of an offering.

As long as there are kids who are hungry, I can’t do that.

As long as there are elderly who can’t afford health care, I can’t do that.

As long as this world continues to be filled with the exploitation, sexism, racism, poverty, pain, disenfranchisement and sin my battle will always be to bring down those wicked strongholds and it will only be down by being still to hear that soothing soft voice that will have me do His bidding without fear because I know that He is the one that made it all possible!

Conquer this world in God’s name by heeding to the righteous motivations that He has placed within you. You will find that as long as you stay connected to Him your energies will be boundless in the face of the opposition that must be made soon to be your footstool!