This is an Open Letter to Rush Limbaugh & Those NASCAR Fans who booed First Lady Michelle Obama:

I will give you a pound of barbiturates week for life if you can prove half of the crap that comes out of you mouth!

You knew that as soon as Senator Obama became President Obama that your revenue flow was guaranteed for the next four years at least because you’ve made a career catering to the audience of White people who choose to see the world in their own delusional narrow twisted self serving manner because the world as THEY know it is not the way that they thought it would be when they were growing up feeling as though they were they epitome and standard of what a model civilization is.

But the if the truth be told when YOUR history is evaluated you and your fans have nothing to be proud of after being exposed as the group of barbarians and cavemen that you really are.

Now combine your animalistic raw meat eating primal urges with the fact that when blurting out such vile madness your bloodstream probably contains more drugs than a CVS and Walgreen’s pharmacy distribution center and warehouse combined.

Please don’t sneeze on me you fat pig ’cause I might get high!

Oh! And let me add that as a Black man born and raised in New York City I have never indulged in any type of mind altering substances in my entire life. So understand that what I share here is expressed wholeheartedly in a clear mind without any other influences present. I bet you can’t say the same but then again only makes sense that you have such a huge following here in the United States of America, statistically speaking across the board Americans consume over ninety percent of the hard drugs of the world yet are approximately one-sixth of the world’s population! So you do have a huge fan base because Americans are a nation of drug addicts and dependent substance abusers. Do know that I am so glad that once again I am considered a minority on that list!

But to get to the meat of the matter here what really caught my ear was when I heard of the comments on this past Monday’s show where you stated that the people were upset that the Obama family spent millions on their vacations!

How can they spend millions on vacations when all President Barack Obama receives a Presidential salary that to him amounts to CHUMP CHANGE! Don’t you know that all he receives yearly is $400,000 dollars? It’s chump change to him because the Obamas were already multi-millionaires BEFORE Barack Obama became the President of the United States!

I truly think that Oxycontin that you are sucking on and the long term damage that it has caused is finally becoming evident to the masses as you are getting more outrageous as the years roll by!

You see, Rush Limbaugh mentality is truly representative of the people who follow him in the fact that many can’t stand to see a Black family live as good as they do and have a command of their faculties to have mastered this system to their advantage.

Whether you agree with the politics of President Barack Obama or not Mr. Limbaugh and White America, you have to face the fact that his very presence as a World Leader has completely and thoroughly smashed down every stereotype that the combined efforts of ignorance and Hollywood has perpetuated on us as Black people ever since there was a thing called the silent screen. Not only that, but ALL forms of media have been diametrically opposed to ANY dignified representation of an intact Black family.

As far back as I can remember growing up we as Black people have always been portrayed as ignorant head scratching buffoons who either didn’t have an ounce of sense to the current model and modern day media agenda of violent thugged-out criminals and extremely promiscuous oversexed pleasure seeking hoochie mamas who combined don’t have any measurable amount of responsibility in their bones if their life depended on it.

Yes, there are far too many in the Black community who fit this description but the American media machine and Rush Limbaugh do absolutely NOTHING to help our cause to improve ourselves not only in our eyes but in the eyes of the world!

So now this sweaty pig accuses Michelle Obama of “Uppity-ism”…… I guess he would say that because she does not fit the description of the image that he would live to perpetuate to the masses! Well Mr. Limbaugh put your seat belt on tight because there are a WHOLE LOT of Uppity Niggers (Now don’t get mad at me for saying the N-Word, I am just paraphrasing what many around the kitchen tables of White America!) on there way to a neighborhood near you!

Bright, smart, clean living Uppity-Blacks who possess top flight education, no criminal records, large bank accounts and a credit score so high the credit reporting agencies will have to come up with a new scoring system to rate it!

Uppity Blacks who have learned first hand how twisted this system is and have mastered it to their advantage as they have been taught by their Wise Elders who were redlined, Jim Crowed, lynched, killed and raped by YOUR demonic predecessors! Not to mention those who more recently STILL show the wounds levied by the police dogs in the civil rights movement. One could only imagine Mr. Limbaugh what kind of upbringing that you had coming up for you to turn out the way that YOU did! 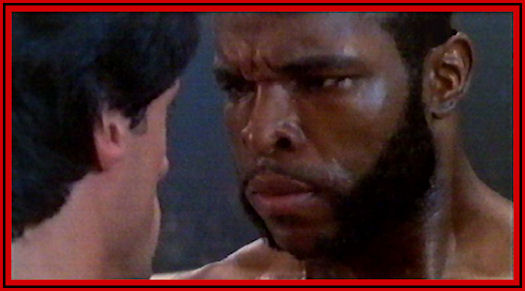 So while The First Lady Michelle Obama and the wife of Vice President, Jill Biden were thoroughly booed when attending the NASCAR Sprint Cup Series auto race at Homestead-Miami Speedway in Homestead, Florida this past Sunday, it only shows how much class that the American people  and why they are not respected the world over!

How quickly America has forgotten that they cried out for ANYONE to save their asses when they had the scare of a lifetime as their economy appeared to be capsizing and the housing market plummeting out of control in what seemed to be a sure demise. How quickly you forget in your arrogance how you finally knew what it was like to face living on the streets and banished from that false sense of security that you once had when you thought that your job was so secure. How quickly you forget!

America would have taken the help from ANYONE at that point and it sure made me laugh to see those who turned their condescending noses up to me finally have to be humbled because they built their entire lives around the accrual of material trinkets and NOT based on cultivating the spiritual base that would surely bring them through these rough times in a joyous manner unscathed.

So now that many of those same frightened devils feel as though they are doing a little better than before now they are beginning to show their asses! But you have to understand that when one lacks the possession of a soul they can’t help BUT act in such a manner because this is the way some of us who walk the earth were created. Consider the source.

This is why with the Rush Limbaugh’s of the world you have to understand that you would lose YOUR mind if you attempted to judge him by the state of your righteous mind. There is nothing righteous about him nor is he a man to whom I wouldn’t seek any divine advice from due to the kind of example he has portrayed to the world. He “ain’t no” better than that disgruntled arrogant drunk who wasted his life away in pursuit of that next fifth of liquor and is resentful of any progress that he sees around him knowing that HE is the reason as to why he never made it in this life!

It is obvious that it truly irks Rush Limbaugh to his root to see this successful intelligent Black family shine brilliantly above and beyond to the world because their mere presence forces him to see the lie that he has perpetuated all of his life!

This is why he barks out to the world like he does like that abandoned dog chained up in his “vacationing in the Bahama’s” master’s yard that can’t reach the dog pan for a drink of water or a bite of ant infested rain-soggy dog food while the sun beats down on him all day as he observes the other dogs in the next yard living better than him!

The expressions on Rush Limbaugh’s face reminds me of an old slave-master who is watching his slaves run free beyond his clutches of power and control and is scared to death on how he will manage his farm without them! he can’t stop the flow of the Obama family no matter how much crap he spouts through that funky microphone of his that reeks of his musty breath!

Wouldn’t it be funny that during his next “heart scare” that as he lays prone in that hospital bed that the only people that are there to save his cranky life are people who all look like Michelle Obama?

I would love to be a fly on the wall for that one!

Once again, love it or hate it, the Scurv has spoken…….

This article is also published as a forum topic here »
This content is available exclusively to members of The LanceScurv Show Patreon at $1.00 or more.