So I clicked on it still not knowing what to expect…….

PLEASE WATCH THIS ENTIRE VIDEO BEFORE PROCEEDING WITH THE REST OF THIS ARTICLE!

What I began to feel as I watched one face fade into another was a deep sadness and a sense of spiritual darkness. I am a very sensitive individual who can pick up on many things that others may have a tendency to overlook and I knew that what I was feeling was no fluke.

The other thing that I notice as their causes of death flashed under their faces on this presentation was how the majority of them seemed to have tragic endings to their lives. I mean, we all will leave this world when we pass away from one thing or another but the means of death coming over these tortured lives seemed all too preventable to say the least.

I noticed a common thread that glared out to me in such an obvious way, for all of the sensationalism and possible money that these lost souls may have accrued when they were alive, could not have brought peace to their inner selves or relief from the torment that they obviously felt in their empty souls.

Was it their profession that brought this on?

I can’t tell you that I know that for sure but one thing I will say because of my one time proximity to that field of endeavor at a very young age is that they were probably crying out to the world in some very deep way and felt that this was a way to satisfy a need or a void that was put into motion long before the opportunity to bare their passion for dollars came across their path.

What might that need have been? Hmmmm. Again, I don’t think it is anything that could be answered in a “one size fits all” fashion. But let’s just say this, it HAD to be something lacking in their childhood on some major level even if it were an unseen factor or intangible, because no one who comes up in a balanced life would ever think about doing such a thing!

Also, it may not be their actual childhood homelife that may have set the conditions for their eventual foray into the world of adult entertainment, it may have been some type of interference from an outside entity whether it be in the physical or the spiritual realm.

You see, sometimes as youngsters we will dip and dab in activities that may appear to be very innocent but in actuality are too powerful for us to handle once we get involved in it. By the time we realize that we are too far gone then it can be too late to disengage ourselves from these hidden poisons of the mind and soul that reek havoc on our still innocent faculities.

Look at it this way, for both sexes but especially with a lean toward the young ladies, what better place to a young person who is hurting for attention than to aspire to use their bodies to get even more of what they crave so badly?

I mean, many young ladies and gents have figure this out from a young age because of the amount of wayward older predators that have approached them in unsavory manners for the purpose of pleasuring themselves at the expense of their intended victims. So why not get the attention along with some cash for all of the bother some might say?

Let’s go deep for a minute and let me share how dangerous this world of adult entertainment can be, no, scratch that…….not CAN be, but IS!!!!!!!

Even though these adult actors and actresses have stopped what they were doing whether due to death or merely retiring from the scene, the seduction of other lives into this spiritual transgression continues to rise!

This is nothing to play with and I believe that after watching this video you will agree that with the evident common thread of tragedy in the lives of these unfortunate young men and women. Their unfortunate demise is NOT by chance because they have all opened up themselves to a world of spiritual activity that is not on the side of anything good by any measure!

Sex is a gift from God and is NOT to be paraded around in a devalued display of disrespect! Not to get off of the topic somewhat but I have to say that what you observe these people doing in these sex movies is only a mere watered down husk of what it was originally intended to be. 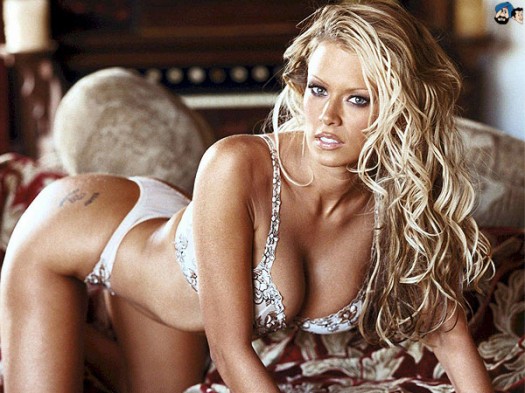 If this way of life is so full of joy then why are there so many suicides, drug overdoses and death from abuses of the body that really were preventable?

You don’t kill yourself when you are living a happy life!

You don’t drink yourself to death when you appreciate a clean life that is the result of submitting to divine law and practices.

You just don’t pick up a gun out of despair and a sense of hopelessness when you know the true God of the all creation and His promise of eternal life which you can NEVER get once you TAKE your gift of a life!

Drugs have no place in a life that is filled with a joy that comes from being saved and knowing that no matter what comes at you in this life, the BEST is yet to come forever! When you know this you will know that divine word that has you so high in the ULTIMATE HIGH!

Many of us find out too late that you can never find peace, joy and happiness from abusing your Godly temple by indulging in the very things that are in trangressions to the righteous laws. By continuing to break these laws you will place yourself in a space where you will be void of retaining any happiness and will feel that you need to go even deeper into your hedonistic lifestyle for more of a BLAST in order to make it through the day.

All the while that ever growing sense of torment, depression and gloom looms over your mind more and more as all semblance of a potentially spiritually developed person goes right out of the window leaving only a shell of who that person used to be who is now only really ready for a tragic death!

Imagine the unwanted amplified pain and confusion that came as a steep price for such a foolish decision that in the end I’m quite sure wasn’t worth it after all.

Refrain from these temptations whose thrill will only lead you down a one way express ride deep into the pits of hell!

The video is proof positive of that!

Wake up and LIVE!

Previous : If You Think That LanceScurv.com Is A Threat Then It Must Be Doing Something Right!
Next : Backed By God But Ruled By Fear!

The wages of sin is death……what more can be said. Be blessed!