People have the right to live mediocre lives, the problem that I have is when those same underachievers attempt to stifle MY ambitions!

But it really is something when you think about it, these mediocre people are okay with being unmotivated until they see someone in their midst attempt to break the curse of normalcy and take action to be better than they were before.

Crabs in the barrel?

I have gone through this personally with every new level of improvement that I’ve dared to claim through God’s promise and almost always now anticipate it with every move that I plan to make to go higher.

So many of us can literally change our present realities with the blessings of God behind us if we would just stop listening to these so called experts who happen to be mediocre people.

Now don’t get me wrong, in no way am I speaking to anyone in a condescending manner or from a level of some self made platform of imaginary superiority when I refer to some as mediocre people.

…….and it’s a travesty that I will have to defend myself for speaking the truth on the lethargic mentalities of some but as far as I’m concerned it’s the price of going against the grain.

How many dreams were never manifest and how many righteous desires have been smashed at birth because of the trust that the motivated had in the poor judgment of that one who I see as mediocre?

Let’s get something straight, there is no hard rule for one to be considered mediocre, it doesn’t matter of you’re rich or poor, educated or functionally illiterate, what I mean by being mediocre is languishing in the mental state of not challenging yourself to go higher.

…….relinquishing the seeds of greatness planted deep inside of you to do great works and refusing to water these seeds because YOU have decided that it is just TOO inconvenient and a bother to pursue striving because of your lust to laze around and be a do nothing with other losers.

The meal of great dreams simmering in a sauce of mediocre people always turns out to a failed dish.

If you are the only one in your inner circle thinking about achieving something that will change your live exponentially, then it’s a no brainer that you either have to keep those dreams quiet and away from the negative ears of your constituents or merely remove yourself away from that poisoned batch altogether!

Look, it doesn’t mean that a person is bad because they are not that ever driven dynamo and master of time management, but all I’m saying is that you’ve got to draw the line and not get sucked into a way of thinking that will compromise your commitment to achieve.

Never should you turn your back on anyone merely because they’re not as driven for personal success like yourself, but know when you must back off as not to compromise your personal storehouse of high level ambition.

Everyone has their own projections of what they desire out of life, for those whose goals may not be as lofty as yours just live and let live. The buggers that I’m a little more aggressive with are the people to whom will work overtime to get in the way of the achievement of your dreams!

Commit to going to the gym and eating different to lose some weight, tighten up and improve your health, and also watch for the invitations to get treated to dinner in the greasiest and fattening of restaurants shortly before you leave to enjoy your training session.

In this case you’ve probably heard:

“Come on now! Just ONE night out away from the gym and off your diet really won’t hurt you too bad!”

Register to go to school to get some knowledge that will place you in a better position to achieve the type of life that you know that you want while you work a full time job, and watch the invitations come in to make you stay up all night long.

Those efforts to get you to spend some quality down time with your dear friends will indirectly sabotage your efforts to the delight of these mediocre people. They think that they’ve you fooled when they unsuccessfully parade around and about as your friend!

You will hear it come at you like this:

“We’re your friends and we are looking out for you. All we see that you are doing is burning your candles at both ends and you need to break that tiring cycle by coming out with us tonight to have a few drinks because it will relax you and help you to put your efforts into perspective.” 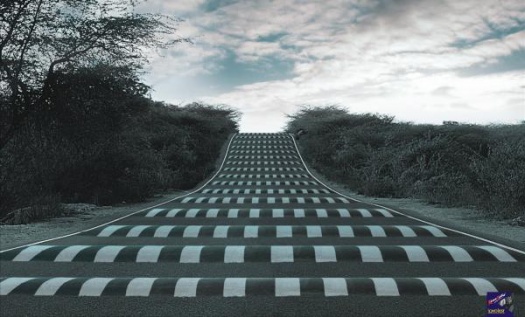 But what they didn’t tell you was that they planned to keep you out all night long only to be left drunk with a hangover and a bad headache with that major test to complete while your so called “friends” are home sleeping.

I don’t know about you but this type of sabotage literally pisses me off because what gives anyone the right to decide if you should aspire to something or not? And the worst part about it is that we open ourselves up to this abuse of our ambitions because we initially trust the one who is covertly killing us softly.

Understand that to one day look back on a legacy of the greatness planted into you by your Creator manifest into reality, you must build each segment with a focus that will require every fiber of your being to be present on the task at the time of it being constructed. This can only be done without having your powerful mind compromised by the continued  meddling by the mediocre people in your space.

So if you are really serious about becoming all that you can be, then audit every suspect person around you so that your personal road to living out your potential is cleared of the speed bumps of mediocre people.

So know that greatness is yours in this life in your own unique way and that many times when you are unable to bring it into fruition, it might not be because of something deficient in your makeup but because of the mediocre doctrine absorbed from the very content people who don’t have the same passion that you do.

As you realize these truths your ascension into your personal success will only become easier…….and isn’t that a wonderful reward for even daring to not be mediocre?

Your “Not Too Mediocre” Brother,