This one came out of left field for me.

I just finished strapping up my bikes on the car rack to go for an afternoon ride on the bike trail when I checked in on one of my favorite celebrity message boards only to find that the soulful Diva Vesta Williams had passed away.

Now I don’t know God’s plan as far as her life was concerned and I will never second guess His will but this caused me to ask a few questions of my own about the very workings of life itself.

The one main question that it made me ask was “can we hasten our time here on earth and leave a lot earlier than what God’s plan had scheduled for us?

Most people would day that if it happened then it had to be God’s will.

Is it really though? Come on people, I need help with this one!

Now you know that I always keep it real with you on this blog and I am not one to think that we all are going to live forever but if the truth be told there were rumors of a possible drug overdose that caused her to pass on…….

Now please don’t accuse me of throwing dirt at a time when sensitivity and class should rule, no one loved the great Vesta Williams more than me but this is a serious inquiry because we all are going to leave this earth including myself and I want to make sure number one that I am prepared when it is my time to go by getting my ducks in a row from NOW!

While the toxicology reports won’t be in for another six weeks, for the sake of my question and possible answer, let’s say that Vesta did have a drug overdose that took he life…….was this part of God’s plan for her?

I just don’t believe that it was!

Did He know that this was going to happen?

Of COURSE He did, He is GOD!

Maybe I’m wrong but this is my take on this issue…….

I believe that God has His plan for our life but we have a say so in which direction it can go according to our choices because we do have what is called free will right?

Well of we have free will then we can find ourselves making choices that are out of the desire that God has for our lives and will eventually lead us down a road that He never intended for us even though He knew all along what road that choice would eventually take us down. 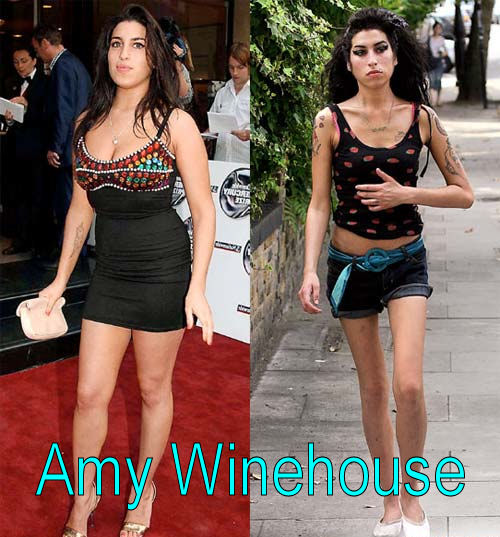 I really want to hear your feedback on this because there are so many of us dropping like flies on a regular basis and it seems as though many people are not concerned about their own ascension to the next level.

…….and trust me, their WILL be a next level!

I DO believe in Heaven and Hell and know that we will go either way and that the bad choice is not a good choice to make at all! I mean, it’s not like you will get to hell behind the bad choice of continuing to live your life in sin and then turn around after a few months or years and get out of the fiery clutches of that place of torment and walk out as though it were a jail/prison sentence with God telling you that it is okay because of “time served!”

I don’t think it works like that……and if it did, then let me take the sure road and find out otherwise when I cross over. I ain’t trying to make any eternal mistakes here with MY soul! Lol!

But the question that I posed earlier was a legitimate one that I need some clarification on, I mean, those were the thoughts that the abrupt news of her passing caused me to ponder.

But that wasn’t the only one.

In reading of this sad news it was reported that after her contract was up that she ballooned up in weight from depression. That’s understandable that after one enjoys the pinnacle and height of worldly success that they would feel really down after the high seems to have permanently faded. Especially something as visible as a singing career where your are so accessible to the public in your videos, live performances, interviews and the overall experience of just being a celebrity.

Now once again allow me to say that I can’t state this as fact because I wasn’t there but theoretically this is the point where she supposedly go into using drugs on a regular basis. My question is what is it about our celebrities that causes them to get into drug use while they are in the various stages of their entertainment careers?

Some seem to get into it after failing to maintain there standing with their fans and popularity. Some seemed to have always dipped and dabbed in substance abuse long before the spotlight of fame came knocking at their door. Others seem to never have any dealings with the drug/party lifestyle that fame can bring and go not only through their careers unaffected but their entire lives!

Those who get through the experience of immense fame untouched and unfazed seem to be in the extreme minority. It seems to me that to be a successful artist one must possess a sensitivity that is above and beyond the levels of exposure that most are prepared to share. Our special top tier actors and singers (As well as blogger’s like me! Lol!), while they may have that extra helping of talent to pull from when the performance demands it, really get their greatness from the willingness or ability to bare their soul publicly.

…….and this statement includes Vesta but is not just specifically for her but includes ALL of our exceptional artists who are still living as well as those who have passed on…….

Here we have an artist who can capture an emotion and hand it back to you anytime on cue in the form of a song or creation and make you feel the emotions that you felt during that breakup or during that overwhelmingly joyous time of finally finding the one you truly love and soul-mate.

These artists never knew who you were and nine times out of ten they will never meet you but yet and still you have the feeling that they are a long lost friend to whom you’ve never met all because they took you to revisit that intimate private place in your heart where you went through something in your life emotionally whether it was good or whether it happened to be bad.

You connected and identified with this particular artist because they bared their soul in a way that maybe you wouldn’t dare do in a public forum. But you admired them for “going” there as well as admiring them for displaying their innermost selves boldly in a way that most wouldn’t ever consider doing!

But understand while it is my theory I feel that it is this particular ability to bare their souls in such a public manner that makes them susceptible to the downside of their gift when events don’t quite go their way or when the inevitable sharks come to capitalize on their kind souls.

Because these artists who are blessed with such immense sensitivities, it is those very traits that are used against them in the cold harsh world of entertainment that will catapult them deep into the abyss of depression…….and if they don’t get affected to the point of attempting to self medicate the pain away, they will become like the surreal environment around them and get into all kinds of twisted behavior that was never a part of their basic makeup in the first place!

This is why I will always take my hat off to comedian/actor/entertainer Dave Chapelle for straight up walking away from a 50 million dollar contract that most would have loved to jump on. He saw the madness behind the lure of the cash as well as a few other satanically based activities that were brewing and eventually coming his way.

Not to say that our beloved Vesta Williams stood in the same place as anyone else but I said what I said to illustrate how fierce that world can really be.

People will use you, they will suck you down to nothing, they will turn their backs on you when the fanfare has ceased and leave you all alone when you are all dried up and exhausted down with no resources left whatsoever!

Is this anyway for us to treat our artists who have given us so much?

Why is it that too many of us see only the selfish opportunities that we can receive when we are in the presence of the God given gifts of His designated artists and not treat them with the utmost sensitivity and handle them we the care that they deserve?

I have to say that every time we witness the premature passing of one of our lost artists, it is us who must bear the blame for their early demise. We had no problem taking from them their soothing gift of song, yet, when they were in need for some of that same light to be reflected back to them in their time of need we’ve come up short each and every time. Yet too many of us take the gift of the artist for granted and move on our merry way as though we don’t owe anything back to the pot that they’ve so generously kept full for us in our time of need.

When it is THEIR time to feed from the pot of comfort what they usually find is a container that has been selfishly drained of its contents.

This is why many of our artists turn to the destructive activity of substance abuse to fill the empty gaps in their hearts after giving so much of themselves to the world in such an unselfish manner.

Rest In Peace our dear beloved Vesta Williams, if anyone ever wonders if you were another sad example of a jewel gone too soon they might want to consider the fact that it is us who actually threw that jewel away!

Just think. The video below was from a performance of her’s just five days before her passing…….

…….it goes to show you that you just never really know.