None of you will ever feel what it is like to truly live unless you possess the conviction that you are willing to die for something!

“Willing to die for what? I ain’t tryin to die up in here no time soon Scurv, you are always talking some ol’ off the wall stuff man!”

The funny thing is that as many of you make the statement about how you want to live, in actuality you have already given your life to something that is killing you softly right now and don’t even realize
it!

You say that you want to live, but that cocaine that you just can’t leave alone is tearing up your life! The high feels so good and makes you feel as though you can move mountains but the joke is on you as your life becomes a game of seeking more “stuff” to avoid the dark abyss of depression as you feel as though you have a mountain of problems on your shoulders when you are not sniffed up.

You made the pledge to a substance that could care less about you. But you chose that over a clean life and look at you now. 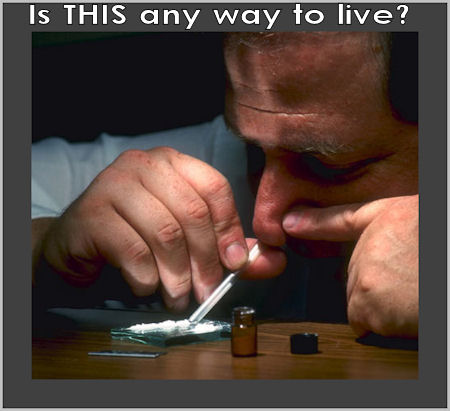 You say that you want to live, but how well can you live when you can’t even budget that good money that you get in that high paying job because you just can’t keep yourself out of the gambling spot looking for the “one big hit” that put you over the top and make everything alright!

But when you lose your job for excessive absenteeism from calling off constantly because you were up all night pissing away your money, you will realize that those loving pats on the back from those who encouraged you to take that “one more chance” will step right over you in the street like they never knew you as they go home to a nice warm meal and bed living you on the curb that they jokingly bet between themselves that you would eventually end up on. I guess YOU were a sure bet for someone!

You say that you want to live, but you are playing Russian Roulette with your health every time you bed down another strange woman from the club “raw dog” (Meaning having sex with no condom) with no protection because your thirsty ego and low self esteem need a constant feeding for the bragging rights and war stories that have to have to tell “your boys” every week at the bar.

Your “boys” won’t be anywhere in sight to comfort you when the doctor walks back with those HIV results and an expression on his face that let’s you already know what it is that he is about to say out of his mouth.

And when you get hit with the news it hurts worse than a Mike Tyson body shot with bad intentions ever could as this is one tale that you won’t be too quick to share with “the boys!” 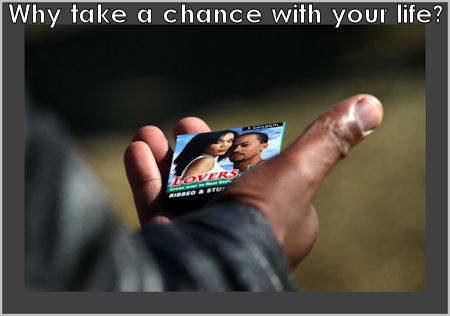 You say that you want to live, but you know deep own in your heart that the woman that you are with is no good. You are weak for her freakish nature and all of the things that she does to you to blow your mind (Among other things!) and spend your money.

You refused to listen when everyone who cares for you has told you time and time again that they have seen her with others but you refuse to face the facts until that day you overhear a man on his phone in the local Home Depot standing in the checkout line in front of you tell his friend how stupid YOU are because you haven’t a clue as to how good YOUR woman takes care of him in the bedroom and confirms this even further by mentioning you and her by name.

He goes on the mention every detail of how YOUR bedroom is laid out and you feel yourself losing it when you figure out what that wet spot in YOUR bed REALLY was that you sat in last Tuesday night when you were getting ready to sleep.

Now you will sit in a lonely prison cell for the rest of your life because of a unfortunate and unnecessary fit of rage that took you over to kill a man with the hatchet that you were about to purchase to cut up some old branches in the yard when the truth walked up on you unexpectedly one tranquil afternoon in the store. Regrets that will never fade as you wonder who is she with now and how she was never worth it in the first place. You should have listened……

Why are we willing to die for foolishness yet reluctant to submit to the Almighty to whom we will have no choice but to all submit to in the end?

We toss away our life like a used piece of toilet paper that is full of feces from a meal that we really never enjoyed.

This world is full of substitute pleasures and frivolous distractions that are never worth it but usually put us in a position of throwing away not only our physical life but our eternal life as well.

There is absolutely nothing here in mans world that I want so bad that I will throw away my eternity on a few moments of fleeting pleasure. And coming from me, that’s a strong statement because I have experienced some THINGS that would turn out most men who have not the inner fortitude to move beyond those illusions to understand that there are deeper planes to ascend to.

So many of us get stuck in the physical short term foolishness and eventually die a permanent spiritual death because we have been blinded by the temporary moments of pseudo bliss that the negative forces of this world have in their bottomless magic bag of mind altering tricks.

While we are never to take a step back in our righteous walk when satan challenges our faith or mission as long as we are dialed into the Holy Spirit maintaining a connection with that endless lifeline, those of us out here in the world better realize that they are literally unprotected against the negative entities out here as they play with their very salvation each and every day that they neglect to dedicate their lives to the One True God.

Now let me say this one thing and try to understand where I am coming from with it. we are NOTHING of a challenge to satan without that strong connection to God, agree? Well remember, satan was the second in command under God and when he was banished from Heaven he took one third of the angels with him that later became demons. Still with me?

Well, these beings are so much more powerful than you or I to be able to fight them off by ourselves with our OWN might, we CAN’T do it alone, it must be done as we stand under the righteous Holy covering afforded us by our loving Creator but we just can’t be so caught up in these things of the world where we end up dying for nothing at all. We must be willing and EAGER to lay our life down for what God says is right!

So if you call yourself a man or woman of God, then you must be willing to die for what you believe in if you believe in what you SAY you believe in! God supplies it ALL and how can you be afraid of losing the worthless trinkets of the world when you have in your corner the one who created the entire universe whose sheer size is beyond our ridiculously limited comprehensions?

We need to learn how to become the righteous TERRORISTS that bring the negative forces of the universe nightmares! Because since the devil knows that everyone has a weakness that can be exploited, he knows that he can sway most people with his tricks easily because for a time he has great power in this world. But if he knows that you are not attached to anything worldly whatsoever, he won’t stand a chance in being able to seduce you to bring you down to your knees because of some carnal weakness or some illusion of a fetish.

How do you beat an opponent who is not afraid of death? You might vanquish him off the face of the earth but the victory will be shallow and fruitless because you know that you could not defeat his spirit! That being said I must say that I am through with this world that the negative entities have hijacked. There is nothing in it for me anymore except an eternal death, therefore I am ready more than ever to die for what is right to cement my real life in eternity. No, I am not suicidal nor do I want to leave this earth anytime soon, it’s just that I am on a totally different level and “see” truly things for what they really are and I am ready to move on.

Yes my friends, when you slay the devil in yourself he has absolutely NO outlet on you to push his wicked plug into to make that hellish connection to use your life for his purpose. This is why it is said that you must be born again, well how can one be born again unless some part of you dies TOO be born again? What part is that? It’s the part that those individuals to whom I’ve mentioned at the beginning of this article refused to kill and paid the ultimate price for their refusal. What will your decision be? Are you willing to “die” in order to be born again? Or are you so caught up in your death of a life that you can’t see the forest for the trees?

It will be a sad day if you wake up from your illusion and realize that it’s too late.

Why continue to bite into a delicious piece of cake that has no more flavor left? When you start chasing an illusion whose “blast” isn’t as sweet as it was in the beginning, you should understand that you are being played. Get off of the bandwagon and prepare yourself for something so much better. 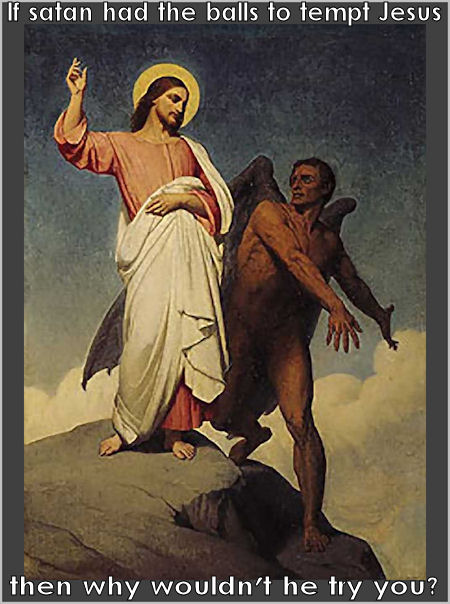 But when you DO make that commitment, remember the devil is going to put back the flavor in that old piece of cake that you loved so much and you will have to make a decision…….

…….to “live” in sin or to die and save your salvation.

Thank you for your ear…….

Previous : The Phenomenon Of Interracial Sex Between The Black Man & The White Woman: America’s Taboo Fascination!
Next : Procrastination and Complacency – Bad Traits To Have But A Good Thing When You Know How To Use Them!