Imagine how those in the life of a young incarcerated Bernard Hopkins who wrote him off as just another useless destructive street thug feel now.

Imagine how they feel as they toil endlessly on their corporate plantations and the dead end menial gigs masquerading as gainful
employment while the world stands transfixed at a self made icon whose very  philosophical quotes would cause even the great William  Shakespeare to struggle with severe bouts of envy. 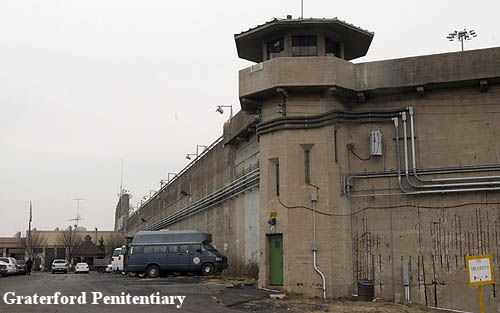 Those who wrote him off must feel like that person who threw away the winning lottery ticket with the trash unknowingly. Not a good feeling at all.

Sometimes in this game of life we in our ignorance are guilty of prejudging the character of the man as well as assuming that they have
a lifetime membership in that easy to get into popular club of mediocrity.

With future boxing hall of famer and current W.B.C. Light-heavyweight champion Bernard Hopkins, this has been the scenario time and time again. If you’ve followed any snippet of not only his boxing career but his life you will know that he can never be categorized with the majority of human beings as being mediocre.

If anything, it’s individuals  like Bernard Hopkins who will give the government a good reason to raise the retirement age to 85. So if you are told that you can’t collect your social security check anytime soon then understand that the man affectionately known as B-hop is probably the culprit!

Why is this so? Well because on the evening of Saturday, October 15, 2011, the oldest man to ever win a universally recognized boxing championship goes in once again to make a defense against a man in Chad Dawson who on paper has every physical advantage over him to win yet has at last check been considered the underdog.

Chad is bigger. Younger. Probably faster and if the truth be told many have said that he currently has more raw physical ability than Bernard Hopkins has at this point in his career because the old man’s skills have aged just a tad.

But Chad Dawson is the underdog in this very public tutorial of the benefits of clean living by the Silver Fox himself Professor Hopkins.

But it truly seems as though the masses of adoring fans have gotten smarter in their assessment of what makes Bernard Hopkins tick as
they’ve been schooled repeatedly that mere physical statistics don’t determine the outcome of a boxing match.

Experience does in fact count for something, let’s now take a brief look back…….

They were schooled the night the Executioner knocked out Felix “Tito” Trinidad.

They were taught well on the evening that B-Hop put the finishing touches of pain on the liver of Oscar De La Hoya.

We all failed the exam on the night of that brilliant display when he jumped two divisions to his present residence light-heavyweight division to bedazzled us with his dominant victory over Antonio Tarver.

Did anyone even take a wild guess that the Silver Fox would thrash up the highly touted Kelly Pavlik as he did over 12 rounds?

Let’s not forget his highly disputed so called “loss” to Joe Calzaghe that showed the world that Calzaghe was a mere mortal after all!

Throw in those two surprise exams in the form of the two bouts with the dangerous Jean Pascal with the latter being the coronation of the oldest man to win a title in boxing. And in actuality that distinction should have transpired in their first match that resulted in a draw.

So to say that Bernard Hopkins is a throwback to the days when fighters fought on courageously to never duck an opponent and battle often is an understatement in his case.

I truly believe that after this bout no matter what the outcome that the Federal Government will launch an intensive investigation to find the time machine that Mr. Hopkins has used to catapult himself into the present era from days gone by because they just don’t make them like him in this day and time anymore! While many have “postured” and acted as though they were the real thing, we have now come to understand that Bernard Hopkins is a living breathing classic in our midst!

The bar has been raised and it doesn’t seem as though there is a visible end in sight!

While many of us will attend our weekly houses of worship to gain the inspiration to endure the challenges of this world and enable ourselves to push to a higher level of existence just look at the gift that we have been given in B-Hop. A living example of a man who has literally taken those same very divine principles coming from what many would agree as the bottom of the totem pole in Graterford penitentiary to not only becoming a world renown boxing champion but a successful businessman at that!

While the fans, writers and spectators will split hairs on the outstanding achievements and awesome statistics of Bernard Hopkins career because of his upcoming bout I say let us for a moment look deeper into the character of the man who has possibly overcome more in his one lifetime than many of us will in our entire generational bloodline.

Let’s enjoy him while we have him because like that brilliant rare comet that may streak through our solar system ever few hundred
thousand years, a classic man of character winning  single-handedly, convincingly in an undisputed manner in a sport known to be infested with wolves, sharks and shysters is definitely a blessing to behold indeed!

This Saturday night October 15th be prepared once again to be schooled as Chad Dawson will learn that there is always something to be learned once you look beyond what is obvious and assumed. For those of you who are guilty of not attending the previous classes consider this assignment extra credit and make up work.

Professor Hopkins is present, class is now in session!

Previous : The Gantt Report – Men Aren’t Easy
Next : Republican House Negro Herman Cain: “I Don’t Believe Racism In This Country Today Holds Anybody Back In A Big Way”